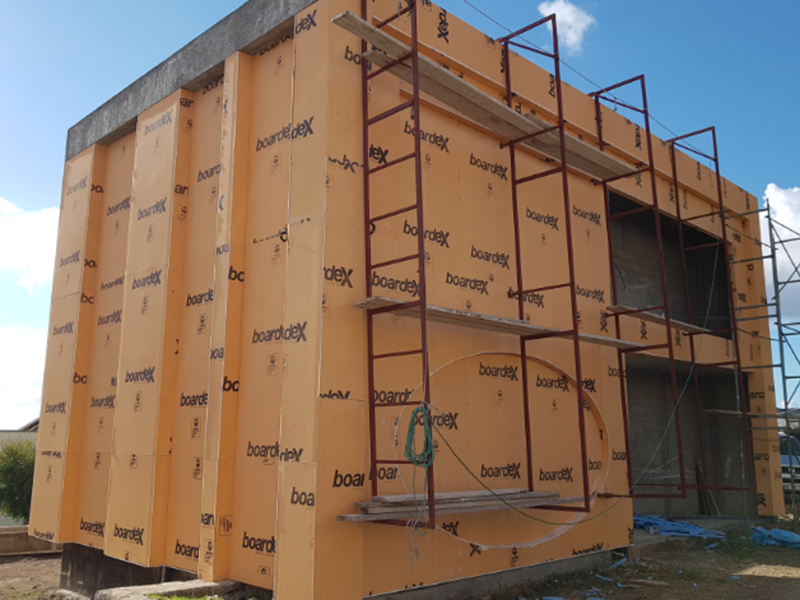 BoardeX is the first exterior cladding board with glass fiber mattress cover, which was offered to the Turkish and European markets after many years of R&D studies.

BoardeX is a board with many superior features. First of all, it prevents mold formation thanks to its specially developed core. It has been determined by tests carried out in laboratories. When BoardeX was tested according to ASTM D 3273 by an independent laboratory, the panel scored the highest score of 10, which under these laboratory conditions
It means mold does not grow.

Since it is A1 class non-combustible material, it protects living spaces from fire. The special core component tries to extinguish the fire in the environment by giving the water it contains to the environment during the fire. The performance of the walls built with the BoardeX exterior wall system during a fire is higher than that of cement-based exterior boards.

BoardeX has been tested and approved by an independent laboratory to be A1 class non-combustible material.
With low water absorption from the surface, it absorbs less than 3% of water (by weight) after 2 hours, and less than 8% by weight at the end of 24 hours. In this sense, it has the least water absorption feature among the exterior panels. But it should be noted that BoardeX is not a waterproofing material.

Güngör Metal, whose foundations were laid in 1990, continued in its journey of more than 20 years without compromising the spirit of development, change and collective sharing.